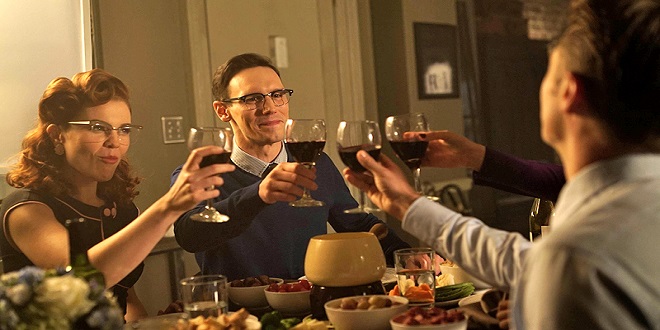 Anticipating, rightly, that her Manhattan digs would be cramped and her budget stretched, Ms. Werkheiser 26, shipped 18 boxes of her clothes to her parents’ house in Omaha before moving here from San Francisco. When she feels she needs to freshen up her look, she has her mother ship her several outfits from what she dryly refers to as the Nebraska boutique.

If I shop, she said, I can’t have a social life and I can’t eat.Having one’s mother mail rotating boxes of old clothing is just one of the myriad ways that young newcomers to the city of a certain income that is, those who are neither investment bankers nor being floated by their parents manage to live the kind of lives they want in New York. They are high on ambition, meager of budget and endlessly creative when it comes to making ends meet

Some tactics have long been chronicled: sharing tiny apartments with strangers, for example. But there are smaller measures, no less ingenious, that round out the lifestyle sneaking flasks of vodka into bars, flirting your way into clubs, subletting your walk-in closets, putting off haircuts.

Locals to the Manners Born

IT WAS ROBERT BURNS WHO NOTED WHAT A remarkable gift it would be to see ourselves as others see us. As a Londoner who has just spent over a year living in New York but who is now safely back in England, I’m in a good position to bestow a gift of this nature on New Yorkers. With due warning, then, that something well meant but vaguely unpleasant is coming, I now have to deliver a huge blow to the pride New Yorkers take in being rude and feisty, and that is to tell you that in comparison to Londoners, you come across as exceptionally polite and extremely well behaved.

Arriving in New York after 12 years of living in London, I was bowled over by the good will, pleasant manners and overall graciousness of Manhattanites. It was like finding oneself suddenly in the middle of a courtly but particularly good-natured Japanese tea ceremony, and I spent the first few weeks learning to replace my rude London ways with the cheerful, charming courtesies of New Yorkers: holding doors open, not cutting in line, saying “thank you” and generally trying not to behave like a savage at a cocktail party, throwing punches to get to the canapes.

I had to adjust rapidly to a world where people smile breezily on the street (although they laugh less), hold the elevator and say, Have a nice day. And mean it.

Some of this can be ascribed to the fact that Manhattan, unlike London, has a culture of tipping waiters and bartenders; very little in life is as sure to put a smile on someone’s face as the prospect of money.

But New Yorkers’ good nature goes beyond that. This wasn’t just an impression formed during a dewy-eyed honeymoon period in my new home. A succession of visitors from the old country agreed with me: New Yorkers are, well, nicer.