Forget the tower of London? 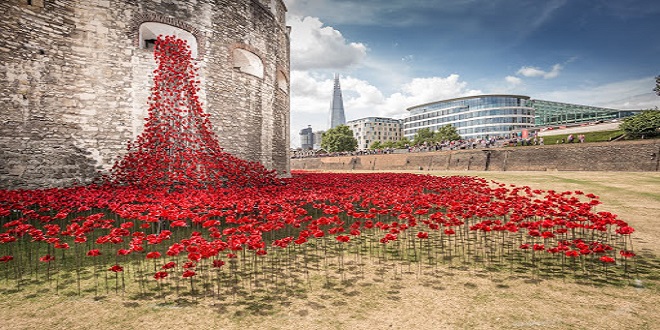 It is the Camelot of your dreams  the castle of every fairy tale. So said the 20th-century British travel writer H. V. Morton of the mighty Krak des Chevaliers, which sits majestically high above the rolling plains of western Syria. This monumental castle, built by Crusaders in the 12th century, has often been likened to a ship, its prow nosing out high above a fertile expanse of vineyards, olive groves, farms, and villages.

Think of a medieval castle in Europe, and you might picture a showpiece fortress, carefully preserved and protected, with new stonework and neatly mowed lawns. And if that fortress is at the heart of a city – as the once-prominent Tower of London is – it is likely to be dwarfed by glass-and-steel office buildings. The cities these strongholds once dominated have now overpowered them. Yet in Syria, Krak des Chevaliers retains its rough-edged authenticity.

The Tower of London, which overlooks the River Thames in the city’s center, is a spectacular example of medieval military architecture. It embodies London’s most iconic images, from its resident ravens and famous “Beefeater” guards to the Crown Jewels.

This is one of the most popular attractions in Britain – more than two million people visit each year – so you can be sure you won’t be alone when you go. But, adding insult to injury, there’s a hefty admission cost for both adults and children. Then there’s the lack of historical context: in 2006, UNESCO warned that it might add the Tower to its “at-risk” list because of the encroachment of unsightly modern office buildings on all sides.

Avoid the summer peak season ( Jun–Aug), when the crowds can be stifling. If you can, visit on weekdays and plan to arrive at 9 am, when the Tower opens – but be prepared to find yourself at the center of a tourist maelstrom.

The nearest international airport to Krak des Chevaliers is at Damascus, the Syrian capital, from where buses and trains run north to Homs. From here, “microbuses” (vans) frequently run to the castle.

The popular Al-Kalaa restaurant (tel. +963 31 740 493) stands on the next hilltop along Krak des Chevaliers. It’s a simple place serving traditional Syrian cuisine, including salads and grilled-meat kebabs, and has spectacular views of the castle.

Within walking distance of the castle is the fine Al-Wadi Hotel (www.alwadihotel.com). Its attractive, Oriental-style guest rooms have a touch of class, and many have balconies with fabulous views of the castle silhouetted against the sky.

The best seasons to visit Syria are spring (Mar-May) and fall (Sep–Nov), when you’ll find the surrounding hills carpeted with wildflowers and lush vegetation. Summer temperatures are scorching, and winters can be chilly, with rain and snow.

Krak des Chevaliers was eventually taken in 1271 by the Mamluk Sultan Baybars. Around this time, Prince Edward of England was in the Holy Land as part of the Ninth Crusade and visited the castle. He returned home in 1272 and set about conquering Wales as King Edward I: the castles he built at Beaumaris, Caernarfon, Harlech, and elsewhere – with their concentric rings of defenses – were all modeled on the Syrian original.