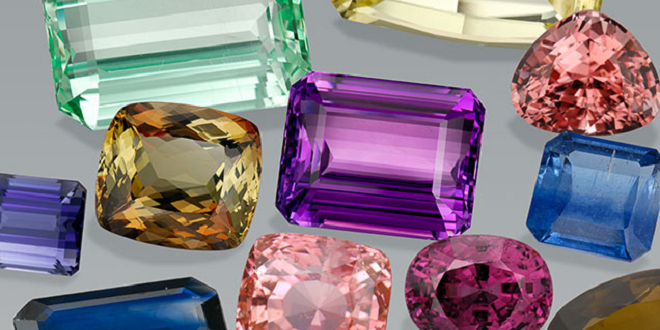 Gemstones look different depending on how they are illuminated. When gemstones are exposed to natural light, they appear in a range of colors. If a gemstone is surrounded by other jewel tones or if it is lit with artificial lighting, it will appear different than it does in nature. Gemstones and light interact in many ways that affect the color of the stone. Different gemstones experience varying reactions to light, depending on their chemical composition and physical characteristics. Different wavelengths of light can have distinct effects on various gemstone varieties, and these reactions can be positive or negative. Occasionally a particular combination of factors can produce an unexpected result as well, such as when green emeralds have red highlights.

What is light exactly?

Light is a form of electromagnetic radiation that can be visible or invisible to the human eye. It is emitted from any object that is generating energy such as a light bulb, fire, or a star. Light can be organized into different types based on how it is produced and absorbed. Visible light — which includes colors like red, blue, yellow, and orange — is produced by stars like the Sun and is visible to the naked eye. Ultraviolet (UV) light, on the other hand, is invisible to the eye but can be seen with a UV lamp or UV filter. Infrared (IR) light, which cannot be seen with the naked eye, can be felt instead during warm weather conditions like a sunny day or sitting in front of an open window.

Instead of using photons to describe the nature of light, scientists have come up with a more general term called “photon number.” Photon number refers to how many photons are emitted by an object when it absorbs or emits energy. For example, if you shine a lamp on paper, you will see that it gives off more photons than the paper itself absorbs. This phenomenon is known as “luminance,” and it is used as a measurement of light intensity.

Color is a natural phenomenon that occurs when an object reflects light in different wavelengths. The color of an object depends on the wavelength of the light that it reflects. Gemstones are natural objects that are colored due to trace amounts of impurities in their crystal structure. This includes everything from diamonds to quartz and tanzanite. Each gemstone reflects a particular wavelength of light, which is why they look different colors to the human eye. For example, rubies appear red because they reflect red light, while sapphires appear blue because they reflect blue light.

How Gemstones Are Treated During Treatment

The color of a gemstone can be affected by many factors, including the type of gemstone, the intensity of light, the length of exposure, and the treatment method. Most gemstone treatments involve a combination of all of these factors. As a gemstone is cut into a polished slab, it begins to absorb light. The type of light that a gemstone absorbs is determined by its chemical composition. These chemical characteristics determine how a gemstone will react to other factors. The intensity of light is also a factor, as it determines how much of the gemstone’s color will be transferred to the stone. The length of exposure is important. The longer a gemstone is exposed, the more the color will fade.

The type of light source used has a significant effect on the color of gemstones. Natural sunlight is a continuous source of light, and this type of illumination has a direct impact on the color of gemstones. If a gemstone is exposed to sunlight, it will appear in its natural color. Most artificial light sources are not continuous. Instead, they produce light pulses, which may be continuous or intermittent. Light from these sources may interact with a gemstone in different ways than natural light would.

Light and Color of Gemstone

Light and Color of Black Diamonds

Heat and Refractivity Changes in Gemstones

Heat causes gemstones to expand slightly, which causes their color to shift slightly. This is most notable in yellow and orange gemstones, which are often heated yellow or orange. Refractivity is the measure of how much light is reflected when light travels through a medium. The refractivity of gemstones varies, as they absorb different wavelengths of light. The more a gemstone absorbs, the whiter it will appear. However, this effect is temporary. After gems have been heated, they will naturally return to their normal, wild-grown color.

Because of the variety of factors involved, gemstones cannot be categorized as “good” or “bad” “beautiful” or “ugly.” Instead, all gems can be appreciated for their individual qualities. The important thing is to take the time to appreciate the beauty of gemstones, which can be done by learning about their color, how they are cut, and how they are displayed.