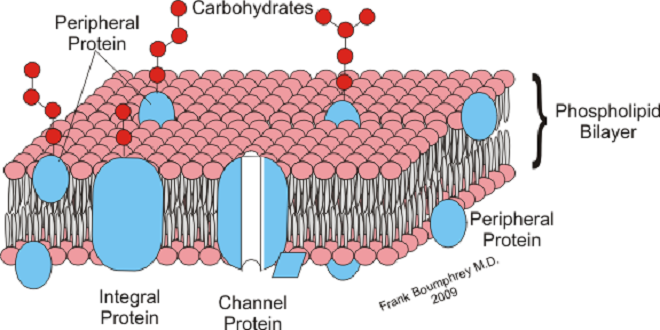 Functional morphology of the cell

Basic knowledge of cell biology is essential to understanding the organ systems in the body and the way they function. A vital tool for examining cellular constituents is the microscope. A light microscope can resolve structures as close as 0.2 μm, while an electron microscope can resolve as close as 0.002 μm. Although cell dimensions are pretty variable, this resolution can give us a good look at the cell’s inner workings.

The membrane that surrounds the cell is a remarkable structure. It is made up of lipids and proteins and is semipermeable, allowing some substances to pass through it and excluding others. However, its permeability can also be varied because it contains numerous regulated ion channels and other transport proteins that can change the amounts of substances moving across it. It is generally referred to as the plasma membrane. Similar membranous structures bind the nucleus and other organelles in the cell.

Over a billion years ago, aerobic bacteria were engulfed by eukaryotic cells and evolved into mitochondria, providing the eukaryotic cells with the ability to form the energy-rich compound ATP by oxidative phosphorylation. Mitochondria perform other functions, including a role in regulating apoptosis (programmed cell death), but oxidative phosphorylation is the most crucial. Each eukaryotic cell can have hundreds to thousands of mitochondria. In mammals, they are generally depicted as sausage-shaped organelles, but their shape can be pretty dynamic. Each has an outer membrane, an intermembrane space, an inner membrane, which is folded to form shelves (cristae), and a central matrix space.

Peroxisomes are 0.5 μm in diameter, are surrounded by a membrane, and contain enzymes that can produce H2O2 (oxidases) or break it down (catalases). Proteins are directed to the peroxisome by a unique signal sequence with the help of protein chaperones proxies. The peroxisome membrane contains several peroxisome-specific proteins concerned with the transport of substances into and out of the peroxisome matrix. In addition, the matrix has more than 40 enzymes, which operate in concert with enzymes outside the peroxisome to catalyze various anabolic and catabolic reactions (e.g., breakdown of lipids). Peroxisomes can form by budding of the endoplasmic reticulum or by division. Several synthetic compounds were found to cause the proliferation of peroxisomes by acting on receptors in the nuclei of cells.

All cells have a cytoskeleton, a system of fibers that maintains the structure of the enclosure and permits it to change shape and move. The cytoskeleton is made up primarily of microtubules, intermediate filaments, and microfilaments, along with proteins that anchor them and tie them together. In addition, proteins and organelles move along microtubules and microfilaments from one part of the cell to another, propelled by molecular motors.

The molecular motors that move proteins, organelles, and other cell parts (collectively called “cargo”) to all aspects of the cell are 100 to 500 kDa ATPases. They attach to their cargo at one end of the molecule and to microtubules or actin polymers with the other end, sometimes referred to as the “head.” They convert the energy of ATP into movement along the cytoskeleton, taking their cargo with them. There are three superfamilies of molecular motors: kinesin, dynein, and myosin. Examples of individual proteins from each superfamily. It is important to note that there is extensive variation among superfamily members, allowing for specialization of function.

Near the nucleus in the cytoplasm of eukaryotic animal cells is a centrosome. The centrosome is made up of two centrioles and surrounding amorphous pericentriolar material. The centrioles are short cylinders arranged to be at right angles to each other. Microtubules in groups of three-run longitudinally in the walls of each centriole. Nine of these triplets are spaced at regular intervals around the circumference.

A semipermeable membrane surrounds the cell and the intracellular organelles. Biological membranes have a lipid bilayer with a hydrophobic core and hydrophilic outer regions that provide a barrier between inside and outside compartments and a template for biochemical reactions. The membrane is populated by structural and functional proteins that can be integrated into the membrane or be associated with one side of the lipid bilayer. These proteins contribute significantly to the semipermeable properties of biological membranes.