Position yourself – Nailing Your Name, Location, and Differentiation 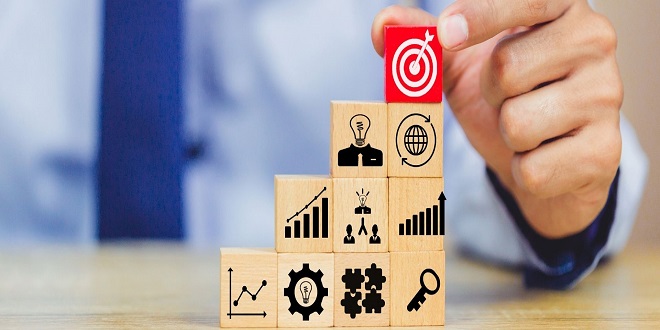 Remember Charles Lindbergh’s solo transatlantic flight? Roger Bannister’s four-minute mile? Creative Carton’s perfect record for same-day orders? Missed that last one? It may be the most impressive . . . to manufacturers of corrugated packaging and displays. Minneapolis-based Creative Carton had already carved out its market position as the go-to guys for quick turnarounds. Then a desperate customer shouted four words: “I need it today!” After lots of hits and a few misses, CEO Mike Sime possessed the people and procedures to go for same-day gold. Seven years later.

Most differentiation decisions hinge on where you want to land on the price-quality-service continuum. One isn’t necessarily better than the other, but yagotta make a choice. The low-price, bag-your-owngroceries niche is staked out by the likes of Wal-Mart, Southwest Airlines, Home Depot, and Motel 6. Plant your flag in the middle of the spectrum and value-conscious customers will pay a little more to get a little more—think Banana Republic, Applebee’s, Holiday Inn, Crate and Barrel. Customers of premium-positioned companies— Mercedes, Neiman Marcus, Ritz-Carlton—will shell out top dollar for superior quality, white- glove service and, perhaps most intoxicatingly of all, cachet

Back in 1982, when I decided to shift our focus from wholesale to retail, our three stores were called (City Name) Tire & Auto. Catchy, huh? I knew I needed something better. At a party one evening, I leaned over to my neighbor and said, “Hey, Bob, I’m starting a chain of tire stores. Gotta tell you the name—Guarantee Tire.” Bob scowled as soon as it left my lips. He was ten years my se nior, a streetwise ad man from Philly. “Tom,” he said, “that’s the most screwed-up name I’ve ever heard” (PG-13 version). Flying dollar signs raced through my head—we already had our logo designed and had given the green light to a sign company. Bob noticed how deflated I was and offered to brainstorm names with me.

Lock in the Right Location

Here’s a secret that the big guys don’t want mom and pop to learn: Most anyone can afford the best location. Lots of small businesses err by setting up shop in substandard locations to save rent. That’s shortsighted, and often has costly consequences. Consumer-oriented businesses are typically better off at an A site, the premium designation in the commercial real estate world. Don’t be swayed by promises of lower occupancy costs at a B, C, or D site. Once we started opening stores in a locations, our revenue per store spiked. Our customer surveys showed that despite tons of advertising, the number one reason why they shopped us was “We saw your store and sign.”

We did the math and discovered that she needed just six more customers a day to make up the difference—and that was assuming her average sale didn’t increase. Despite her partner’s resistance, Natalie gulped hard and called the moving van. Three years later, their revenues had quadrupled to a cool million. Customer traffic boomed and her average sale nearly doubled. Not sure how many additional customers you’d see at a premium site? Calculate how many more customers you’d need just to break even, and imagine your business at an A site versus a C site. The number is probably fewer than you think to support an A site.

One more location consideration: Countless non- retail start-ups thrive by hitching their wagons to business incubators. An incubator is nothing more than a building divided into offices that are leased— often subsidized—to early- stage outfits. Economic development organizations, government entities, academic institutions, or other nonprofits manage most of North America’s one thousand incubators. Most are closely associated with high-tech start-ups, but the concept has expanded into virtually every industry. The lucky start-ups that are accepted into an incubator typically pay below-market rent and share a common receptionist, copy and fax machines, even bookkeepers. Networking and strategic alliance opportunities abound in these hallways, where potential investors love to loiter. Till the startup is financially healthy enough to leave the nest and fly on its own.