Different Types of Lubricants and their Applications 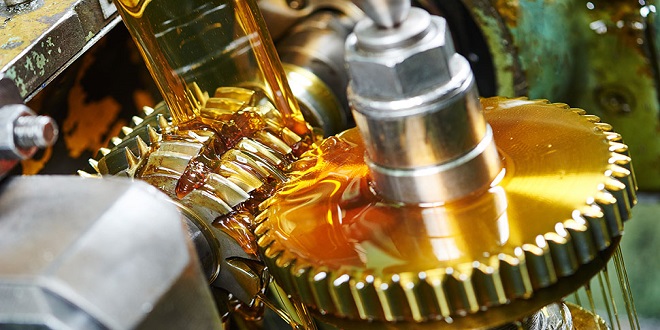 The lubrication system in an engine serves four major purposes:

(1) to prevent seizure in the components,

(2) to remove the heat generated by friction,

(3) reduce the friction between components, and

(4) to reduce the wear of the internal components.

These four byproducts of the lubrication system are achieved by effectively separating the internal components to varying degrees with a layer of oil lubricant.

So it must be taken into consideration that the lubricant is viscous enough under operating conditions, but also not be too viscous that the engine cannot turn over in the ignition sequence.

The most common types of oils used in the engine lubrication system is either vegetable oil or mineral oil. Vegetable oil was used in the past for racing applications because of its high film strength, and excellent protection against wear from its high lubricities.

But was not widely used in other applications because of its rapid rate of deterioration, which produces gums and lacquers on the machine elements.  So mineral oils are more commonly used because they are much more cost-effective, readily responsive to additives, can be produced in a wide range of viscosities, as well as deteriorate much less rapidly than vegetable oils.

Today, lubricants such as synthetic oils replace natural oils as lubrication for the engine. Besides the higher cost, synthetic oils are much more effective lubricants than mineral oils because they can be chemically developed to have whatever the specifications of the particular engine require for proper operation. A brief comparison is illustrated.

In the pressurized lubrication system, it is very important to regulate the amount of oil being delivered to each of the components, because either too little or too much lubrication may affect the engine adversely in multiple ways.

The oil is regulated through restrictions, and intermittent devices, which are controlled by the position of the machine element. It is also very important to have enough oil in the oil pan to give a steady supply of lubricant to the oil pump, while not too much where it will actually produce a drag force on the crankshaft.