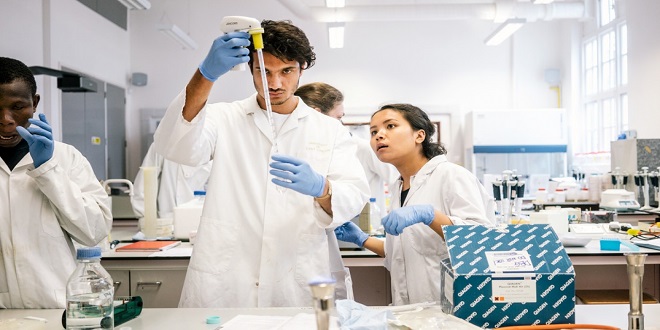 General principles the body as an organized “solution”

The cells that make up the bodies of all but the simplest multicellular animals, both aquatic and terrestrial, exist in an “internal sea” of extracellular fluid (ECF) enclosed within the animal’s integument. The cells take up O2 and nutrients; they discharge metabolic waste products into it. The ECF is more dilute than present-day seawater, but its composition closely resembles the primordial oceans in which, presumably, all life originated.

Units for measuring concentration of solutes

In considering the effects of various physiologically essential substances and the interactions between them, the number of molecules, electric charges, or particles of a substance per unit volume of particular body fluid is often more meaningful than simply the weight of the substance per unit volume. For this reason, physiological concentrations are frequently expressed in moles, equivalents, or osmoles.

The concept of electrical equivalence is important in physiology because many of the solutes in the body are in the form of charged particles. One equivalent (eq) is 1 mol of an ionized substance divided by its valence. One mole of NaCl dissociates into one eq of Na+ and one eq of Cl–. One equivalent of Na+ = 23 g, but 1 eq of Ca2+ = 40 g/2 = 20 g. The milliequivalent (meq) is 1/1000 of 1 eq.

Maintaining a stable hydrogen ion concentration ([H+]) in body fluids is essential to life. The pH of a solution is defined as the logarithm to the base 10 of the reciprocal of the H+ concentration ([H+]), i.e., the negative logarithm of the [H+]. The pH of water at 25 °C, in which H+ and OH– ions are present in equal numbers. For each pH unit less than 7.0, the [H+] is increased tenfold; it is decreased tenfold for each pH unit above 7.0. In the plasma of healthy individuals, pH is slightly alkaline, maintained in the narrow range of 7.35 to 7.45. Conversely, gastric fluid pH can be quite acidic (on the order of 2.0), and pancreatic secretions can be quite alkaline. Enzymatic activity and protein structure are frequently sensitive to pH; in any given body or cellular compartment, pH is maintained to allow for maximal enzyme/protein efficiency.

Diffusion is the process by which a gas or a substance in a solution expands because of the motion of its particles to fill all the available volume. The particles (molecules or atoms) of a substance dissolved in a solvent are continuous random movements.

When a substance is dissolved in water, the concentration of water molecules in the solution is less than that in pure water. The addition of solute to water results in a solution that occupies a greater volume than the water alone. If the answer is placed on one side of a membrane that is permeable to water but not to the solute, and an equal volume of water is placed on the other, water molecules diffuse down their concentration (chemical) gradient into the solution. This process—the diffusion of solvent molecules into a region with a higher concentration of a solute to which the membrane is impermeable—is called osmosis.

The freezing point of regular human plasma averages –0.54 °C, which corresponds to an osmolal concentration in plasma of 290 mOsm/L. This is equivalent to an osmotic pressure against pure water of 7.3 atm. The osmolality might be expected to be higher than this because the sum of all the cation and anion equivalents in plasma is over 300. However, it is not this high because plasma is not an ideal solution and ionic interactions reduce the number of particles free to exert an osmotic effect. Therefore, except when there has been insufficient time after a sudden change in composition for equilibrium to occur, all fluid body compartments are in (or nearly in) osmotic equilibrium.

Cells contain approximately one-third of the body fluids, while the remaining extracellular fluid is found between cells (interstitial fluid) or in the circulating blood plasma. The number of molecules, electrical charges, and particles of substances in solution are essential in physiology. The high surface tension, high heat capacity, and high electrical capacity allow H2O to function as an ideal solvent in physiology. Biological buffers, including bicarbonate, proteins, and phosphates, can bind or release protons in solution to help maintain pH. The physical buffering capacity of a weak acid or base is most significant when pKa = pH. Fluid and electrolyte balance in the body is related to plasma osmolality. Isotonic solutions have the same osmolality as blood plasma, hypertonic have higher osmolality, while hypotonic have lower.