Men’s Style In Your Teens and 20s 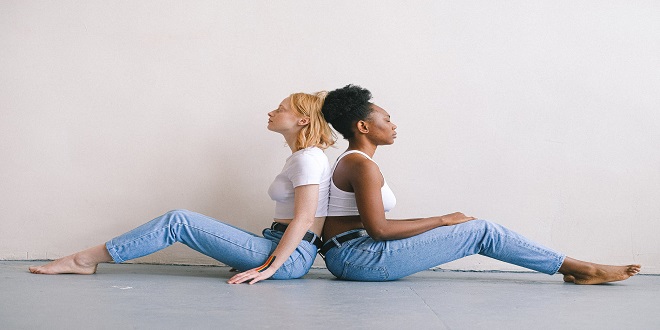 The first adult years are generally not a time of custom clothing and high fashion, apart from a lucky few born into wealth. Most men are going to spend their teens and 20s wearing whatever they can afford. That generally improves as the age range wears on — guys in their late 20s typically have a lot more disposable income than guys in their early 20s, though there are obviously plenty of exceptions there.

This is a time of transition, so make your changes as gradually as you need to — but be focused on making them. Don’t be complacent. Be adding to and improving your look now, so that you’re not scrambling to dress your age a few years down the line.

Traditionally, we think of men in their 30s as being men who are settling down into their places in life. How true that is these days is sort of up for debate. The “traditional” model of manhood is hardly the only way of doing things. But no matter what you’re doing with your life, your 30s is still not a bad time to be projecting an air of stability, or at least dependability. You’re ready to stop being treated like a kid at this point. Your clothes should reflect that.

The 30-something man’s wardrobe isn’t really that different from the 20- something man’s — just a little more focused, a little better fitted, and maybe a little less varied now that you know the looks that work for you.

A man’s 40s are when the “you’re not a kid anymore” thing really needs to be taken seriously. No matter how well you’ve aged, no one’s going to mistake you for a wild young buck in your 40s, and you don’t want to give the impression that you’re trying. Instead, your 40s are the years to start cultivating a more refined style. Dress yourself a little nicer, spend a little more on clothes, and work on building a collection that’s going to last, if not the rest of your life, at least a good chunk of it.

Ah, the 50s. Not retirement age, for most of us, but certainly moving toward thinking-about-retirement age, at the very least. This is actually an interesting age, from a fashion standpoint. You don’t want to be dressing like a young man, but you also don’t want to signal to people that you’re past your prime. It can be a delicate balancing act. If you have a key word for style in your 50s, it should be elegance. This is the age when you want to look refined, confident, and in charge, without pushing to achieve it.

Men’s Style In Your 60s and Up

Our society is not kind to old age. Men in their 60s who don’t take the time to dress sharp can easily find themselves dismissed from younger people’s minds altogether. Once you’ve got gray (or no) hairs, wearing sloppy or battered clothing says “I’m done with life, you go on and don’t pay any attention to me.” Cruel, but people are. So squash that train of thought before it gets started, and dress like someone who’s active, confident, and important, whether you are or not.

The Limits of Dressing Your Age

No written rule is going to apply universally to all men of a certain age. Do older men, broadly speaking, look better in double-breasted navy suits with white pinstripes than men fresh out of college? Most people would say so. But there are going to be college-aged guys who can pull it off, and older men who frankly can’t. So don’t let your age define your fashion. Just let it influence it, a bit, and maybe be leery of styles that have very specific, stereotypical age associations (like a college student’s hoodie). You don’t want to lock yourself in, no matter what your age.

In one sense, it doesn’t matter if you think it “should” or not. A man’s fashion is going to change, by virtue of his role in life and his budget, whether he wants it to or not. Over a long enough lifespan, you’ll also see fashion standards change fairly dramatically — think about what twenty—something’s tend to wear today, versus what they wore fifty years ago. Plenty of men who were twenty in 1963 are still around, and they’ve seen a lot of change since then! So to some extent you have no choice. But it’s also worth a man’s while to think about his age and how he can dress to flatter it specifically. Some looks just work better with a young face, or with gray hairs.