The Case for Style in Working Men’s Clothes 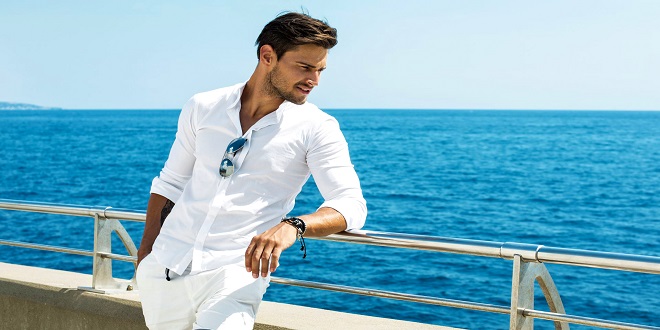 Here’s the thing about guys who work with their hands: most of them are working for someone else. Maybe that’s a boss; maybe that’s a contracting company. A few lucky guys might be self-employed and own their own businesses, but even in that case they’re working the clients that hire their business. There are times when it’s useful to impress that person for whom you’re working. Should that come at the expense of safety, or even practicality?

No. But when there’s no harm in it, working class men benefit from dressing their look up a touch just as much as anyone else. And the best part is that a little goes a very long way here — in a world of guys in paint-stained T-shirts and grubby jeans and overalls, someone in clean blue jeans and a polo shirt with the company logo stands out just as much as a highpowered lawyer with a custom-tailored suit stands out from the Men’s Warehouse shoppers in his courtroom.

Making your work wear look sharp is a matter of small upgrades. Take every item in your default outfit that doesn’t serve an irreplaceable safety function, and think about how you can kick it up one small notch.

In some cases this can be as simple as making sure you’ve got a good fit and clean fabric. Here are a few examples of small, easy upgrades that won’t ruin an outfit’s functionality:

All of these upgrades will still function in a hands-on, physical work environment. They’re a little more expensive to replace than plainer versions, but they’re not any less useful.

When to Upgrade the Working Look

So when is it worth wearing slightly nicer clothes for manual labor? Basically, when there’s a concrete benefit in it for you. If it’s just you and your work crew, hidden away somewhere, there’s not much point. But you might consider going for a sharper style if anyone’s going to be watching or evaluating you — clients, bosses, potential customers, etc. When you shouldn’t bother is when it would actually impact your work, or make you look less prepared for it.

Because don’t get us wrong — you look better in clean, dark jeans and a polo than you do in overalls and a T-shirt. But if you’re showing up to paint houses, and you know you’re going to get covered in spills, wearing anything but your grubbiest and cheapest clothes makes you look wasteful and foolish.

So use some common sense. When you’re mostly going to be walking, lifting things, measuring, testing, and doing other things that are hands-on but not dangerous or grubby, dress the look up a little. When there are environmental factors that could harm you or your clothing, forget about fashion and wear what works. And when it comes time for a meeting, a project proposal, or something else that takes place in an office, rather than a job site, go ahead and throw a collared shirt and a sports jacket on. Can’t hurt  might help.

Style and manual labor do not usually go together in the same sentence. Even professional tailors and fashionable writers will usually lump work clothes together as a utilitarian category, completely separate from the world of men’s style. That’s not necessarily a good idea.